How to read downloaded target results

Download target results to save the GETbizzIds included in the selected target. The file will be in Excel format. Here we explain how the file is organized and how to read it and understand it.

Use custom social icons in your design

Choosing this option, you will download an excel file with all the GETbizzIds of the customers included in that target result.

The downloaded excel file contains the GETbizzIds in the first column. In this case, the target has four customers. 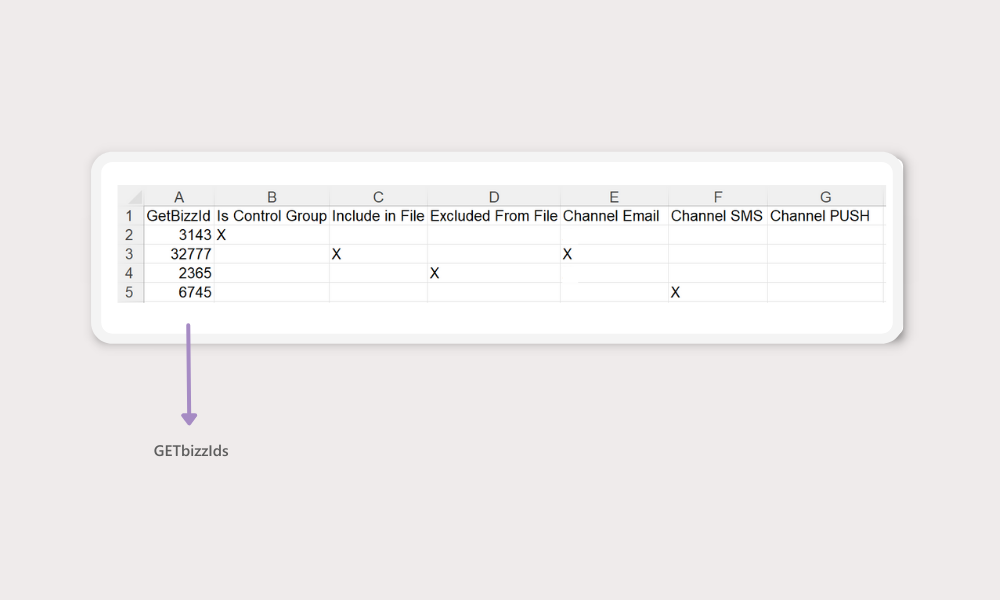 The second column refers to the control group. If you selected the target with control group option, some of the GETbizzIds will be marked with an x for this variable. This means that for those, the campaign won’t be sent. 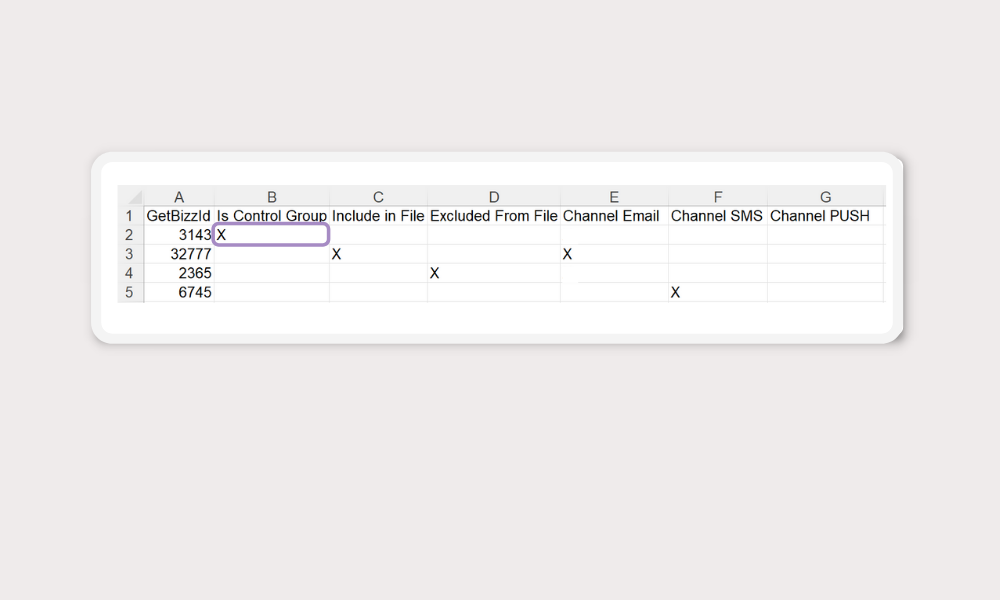 The third column is named “Include in File”. If it is marked with an x this means that the GETbizzId was included in the target with the include option in the filters. 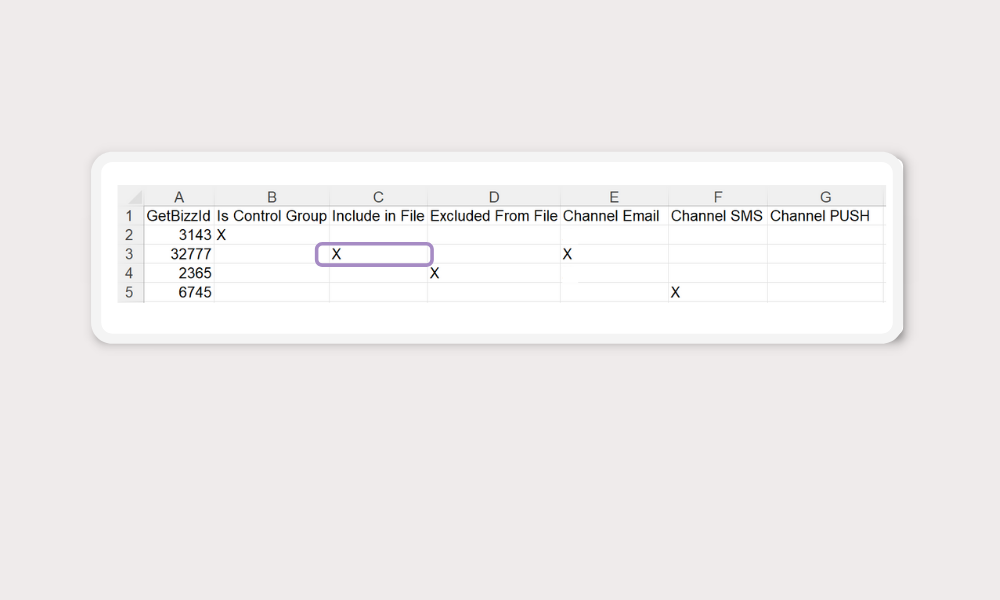 The fourth column is named “Exclude From File”. If it is marked with an x this means that this GETbizzId was excluded from the target using the exclude option in the filters. 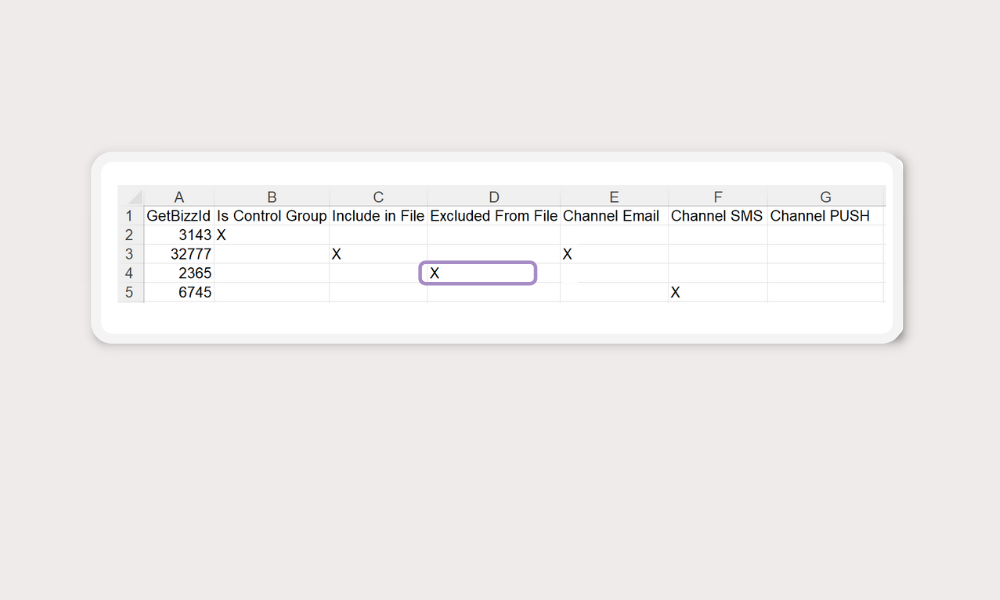 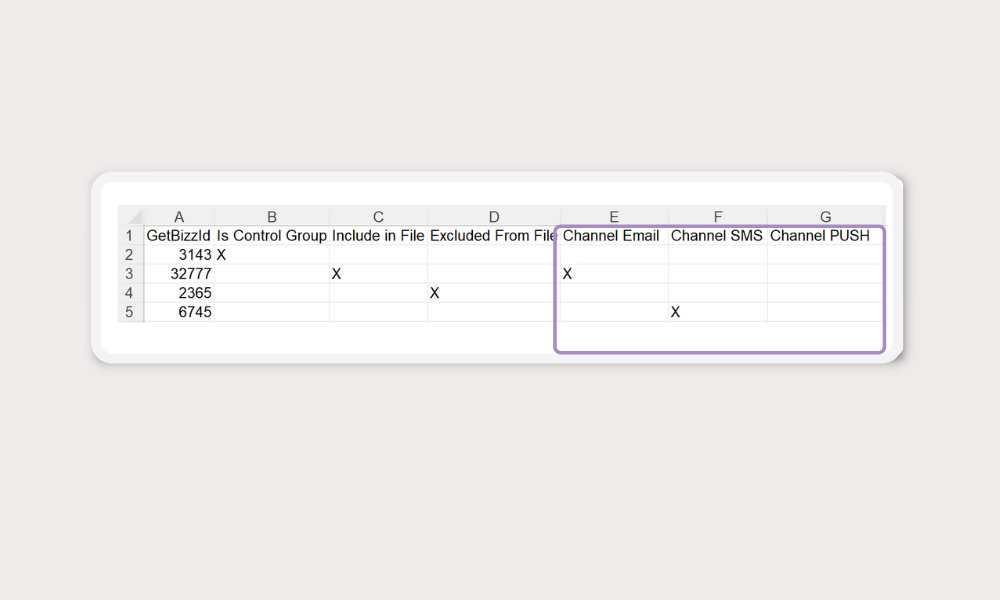